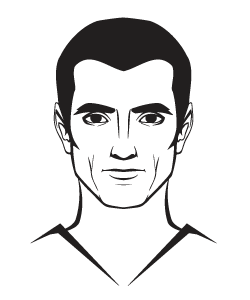 When my mother underwent chemotherapy, we spent a lot of time visiting the phlebotomy lab for blood testing. I was always impressed by how easily the phlebotomist was able to find and puncture a vein to draw blood on the first try. I knew there had to be a method to it, and was astounded by how effortless and painless they made the process. It led me to research a lot about blood tests, from drawing to the actual screening. I've created this site to share what I've learned in the hopes of teaching others. The more you understand, the more control you can have over your own health care.

Being a parent is hard. Ensuring the health and well-being of your child is a big responsibility, and you always want to make the right decisions. When it comes to medical decisions, that can be especially hard. Unless you have a medical degree yourself, it can be tough to sort out fact from fiction, especially when it comes to topics that are hotly debated in the public. However, some medical myths, including some of those that surround childhood vaccinations, can do real harm, and it's important to get the real facts. Take a look at a few vaccine myths that you definitely shouldn't fall for.

If you spend any time on the internet, it's likely that you've heard the theory that vaccines can cause autism. It's true that a British doctor published a study in 1998 that claimed a link between autism and one particular vaccine – the MMR (measles, mumps, and rubella) vaccine. However, there's more to the story.

The doctor that published that study, Andrew Wakefield, has since been discredited and removed from the medical register. Other researchers were unable to confirm his conclusions or replicate his results, and he was found to have acted unethically in regard to the vaccines/autism study, both in the sense that he had financial conflicts of interest and in the sense that he subjected children to unnecessary medical procedures without approval. In 2010, the publication that first published Wakefield's study retracted it. Wakefield's study is not considered credible by most of the medical community, and there's been no other evidence to suggest that autism is caused by vaccines.

Myth #2: Since Most People Are Vaccinated, It's Safe for My Child to Skip Vaccines

Another common myth is that it's OK to skip vaccines because most people around you are already vaccinated, so there's no risk of your child coming in contact with the diseases that are vaccinated for. This myth is based on the concept of "herd immunity" – the concept that if most of a group are vaccinated, their immunity will protect unvaccinated members of the same group.

Herd immunity is real, but in order to work, it's dependent on people who can get vaccines receiving them. There are always certain people in the community who can't receive vaccines – usually those with allergies to certain vaccine ingredients and those who are immunocompromised because of a disease (like HIV) or a medical treatment that suppresses the immune system (like an organ transplant or cancer treatment.) If the percentage of unvaccinated people climbs too high, herd immunity will begin to fail, putting both healthy unvaccinated people and people who can't receive vaccinations at risk.

There is evidence that herd immunity is failing in many places because people are choosing to avoid vaccinations for themselves and their children. According to the Center for Disease Control, measles was eliminated in the United States almost 20 years ago. However, in recent years, outbreaks have started to crop up again. Experts say that lower vaccination rates are part of the problem.

Myth #3: Vaccines Can Cause the Disease They're Meant to Prevent

Vaccines work by exposing the immune system to a dead or drastically weakened form of the virus they're trying to prevent. This works because it trains the immune system to recognize and attack the infection if they're exposed to it in a non-weakened form. However, it's natural for parents to wonder if intentionally introducing a weakened virus into their child's body might make them sick for real. Occasionally, people do experience some symptoms in the days following a vaccination, which fuels speculation that vaccines cause disease.

However, it's important to distinguish between disease symptoms and an immune response. Many symptoms that we think of as disease symptoms are really just signs that the immune system is working to fight off a virus, and this is what can sometimes happen with vaccines. For example, after receiving the measles vaccine, some children do develop a mild rash. However, they do not develop the ear, lung, and brain inflammation that can accompany a full-blown case of the measles. The rash is not a sign that the patient developed measles from the vaccine; it's a sign that the immune system responding to the vaccine and learning to fight off the virus.

Vaccinations protect your children and the community at large from potentially deadly diseases. Making medical decisions as a parent can be difficult, but the decision to vaccinate should be easy. Don't let unfounded myths prevent you from choosing to vaccinate your children.

Learn more about child immunizations from your pediatrician.